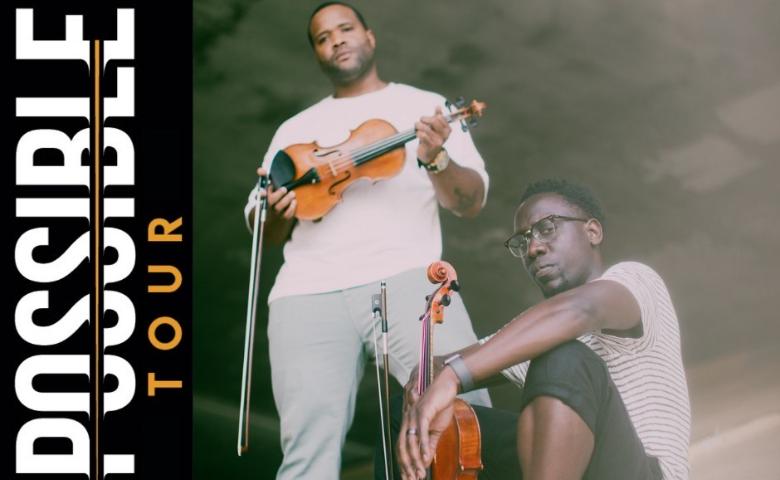 Presented in partnership between the Hall, Proctors Collaborative, and Saratoga Performing Arts Center, teachers are able to register for this virtual content for free!

Black Violin is led by classically trained string players Wil B. (viola) and Kev Marcus (violin).  Joining them are DJ SPS and drummer Nat Stokes.  The band uses their unique blend of classical and hip-hop music, often described as “classical boom,” to overcome stereotypes and encourage people of all ages, races, and economic backgrounds to join together to break down cultural barriers.

Content available to stream on-demand at a time of your choosing from February 22 through April 2, 2021.

You may access content for your classroom multiple times. One registration per classroom required. Closed captioning is available on all videos for accessibility.