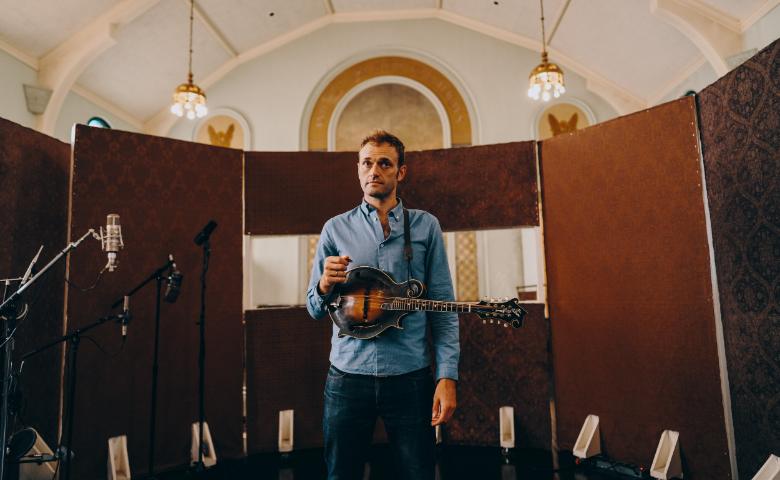 MacArthur Fellow and Grammy Award-winning mandolinist, singer, songwriter Chris Thile, who the Guardian calls "that rare being: an all-round musician who can settle into any style, from bluegrass to classical,” and NPR calls a "genre-defying musical genius," is a founding member of the critically acclaimed bands Punch Brothers and Nickel Creek. For four years, Thile hosted public radio favorite Live from Here with Chris Thile (formerly known as A Prairie Home Companion). With his broad outlook, Thile creates a distinctly American canon and a new musical aesthetic for performers and audiences alike, giving the listener “one joyous arc, with the linear melody and vertical harmony blurring into a single web of gossamer beauty” (New York Times).

Most recently, Chris recorded Laysongs, out June 4, 2021 on Nonesuch. The album is his first truly solo album: just Thile, his voice, and his mandolin, on new recordings of six original songs and three covers, all of which contextualize and banter with his ideas about spirituality. Recorded in a converted upstate New York church during the pandemic, Laysongs’ centerpiece is the three-part “Salt (in the Wounds) of the Earth,” which was inspired by C.S. Lewis’s The Screwtape Letters. The album also features a song Thile wrote about Dionysus; a performance of the fourth movement of Béla Bartók’s Sonata for Solo Violin; “God Is Alive, Magic Is Afoot” based on Buffy Sainte-Marie’s adaptation of a Leonard Cohen poem; a cover of bluegrass legend Hazel Dickens’ “Won’t You Come and Sing for Me,” and “Ecclesiastes 2:24," original instrumental loosely modeled after the Prelude from J.S. Bach’s Partita for Solo Violin in E Major.

Some videos of Chris Thile's work:

Chris Thile is a mandolinist of many talents. With his hands in an array of different genres, from bluegrass to classical, Chris is a “genre-defying musical genius” according to NPR. Chris is a 4-time Grammy winner, having been a part of groups such as Nickel Creek and Punch Brothers, as well as collaborating with artists such as Edgar Meyer, Yo-Yo Ma, Stuart Duncan, Brad Mehldau and more. Chris is no stranger to the genres of bluegrass, folk, classical and jazz.

His career began with the progressive bluegrass trio Nickel Creek, who’s 2002 album snagged him his first Grammy. The group was active from the early 1990s into the late 2000s, and again recently since 2014, creating a delightful discography of folky bluegrass with Chris at the helm. His technical ability on the mandolin shines on their self-titled album from 2000, as well as their 2002 album This Side, which charted platinum and gold respectively.

In 2006, Chris formed the Punch Brothers, a five man act whose goal was to infuse the country craftsmanship of bluegrass with the techniques of jazz and classical. Chris lent his mandolin and voice to the Punch Brothers, creating beautiful and haunting music with their assortment of instruments. Their 2019 album All Ashore won Chris and his mandolin another well-deserved Grammy.

In 2008, Chris began working with bassist Edgar Meyer as a collaboration, creating incredibly technical and in-depth instrumental works in the bluegrass genre. While his voice was put on the back-burner for this particular collaboration, his mandolin ability was put on full display, artfully and dexterously playing his way through some of the most technical music in his career. Their collaborative album succinctly titled Bass & Mandolin netted Chris another Grammy in 2014.

In 2012, Chris received a prestigious honor, the MacArthur Foundation ‘Genius’ grant. The MacArthur Fellows Program grants fellowships to Americans who have shown “extraordinary originality and dedication in their creative pursuits and a marked capacity for self-direction”. According to the foundation’s website, “the fellowship is not a reward for past accomplishment, but rather an investment in a person’s originality, insight and potential”.

All the while, amongst all the collaborations, the bands, and the accolades, Chris was quietly amassing a discography of deeply personal solo music. His newest solo album, Laysongs, is his most introspective yet. Many of the songs off this newest album deal with his spirituality, and the evolution of his relationship with religion and God.

Chris Thile performs at the Troy City Savings Bank Music Hall on October 16, 2021. You won’t want to miss it. 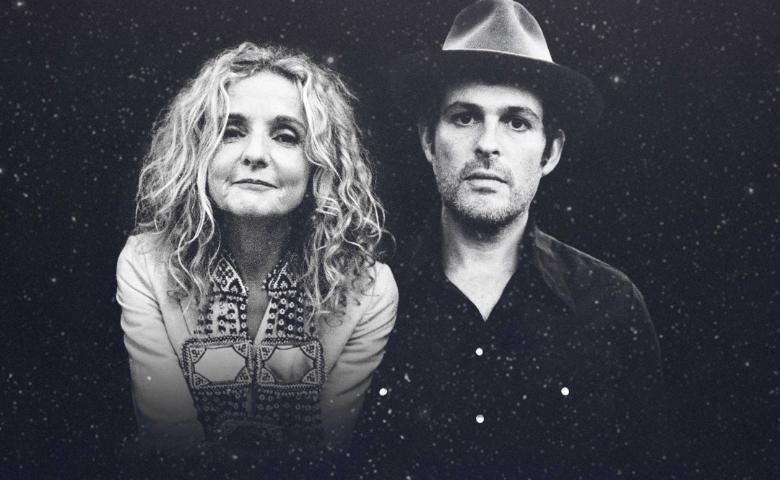