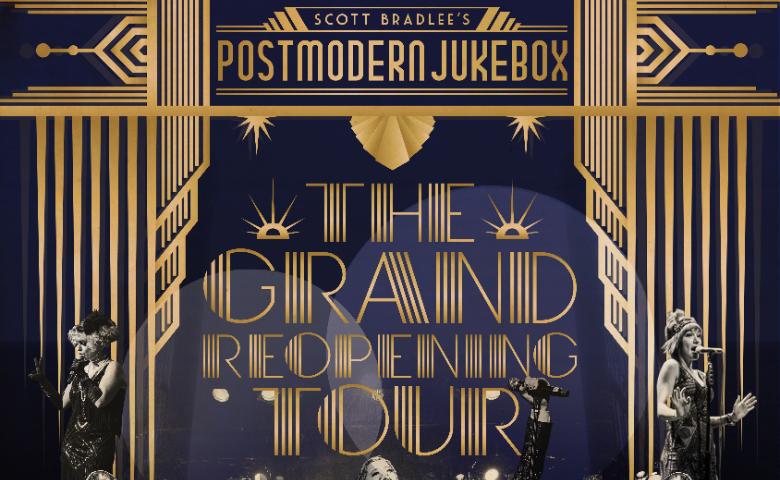 Since Bradlee created PMJ in 2009, the project has amassed more than 740 million YouTube views and 2.7 million subscribers, chalked up more than 1 million likes on Facebook, performed on “Good Morning America,” topped iTunes charts with all 14 of their releases since 2014, caught the attention of NPR Music and NBC News, and played hundreds of shows to sold-out houses around the world.

Despite finding such success for the project on the road, Bradlee continues to arrange and record new arrangements every week for PMJ’s legion of fans. The multi-talented collective has interpreted hits by Lady Gaga, Beyoncé, The White Stripes, Lorde, Outkast, Radiohead, Maroon 5 and many more. Last year, PMJ collected 18 favorites from among their hundreds of songs to compile The Essentials for Concord Records. The album included the song that put the band on the map, a vaudevillian distressing of Macklemore & Ryan Lewis’ “Thrift Shop,” and their ‘50s doo-wop version of Miley Cyrus’ “We Can’t Stop,” which garnered more than 19.5 million views and was named one of the “9 Best Viral Cover Videos of 2015” by People magazine.

This show was originally scheduled for March 18, 2020. If you still have tickets from that date, they will be honored for the newly rescheduled date. No further action is needed, unless you would like to exchange/upgrade* your current tickets to a different area of the Hall or upgrade to a VIP package.

*Exchanges: You may request an exchange of tickets of equal or higher price. If the price of the ticket is higher when exchanging new tickets than the previously purchased ticket(s), you will be charged the difference in pricing at time of exchange. Exchanges are not available for: (a) tickets purchased through resale or the secondary ticketing market, (b) VIP and other premium tickets, or (c), tickets for events that are less than 7 days away, unless you are a member of the Music Hall.