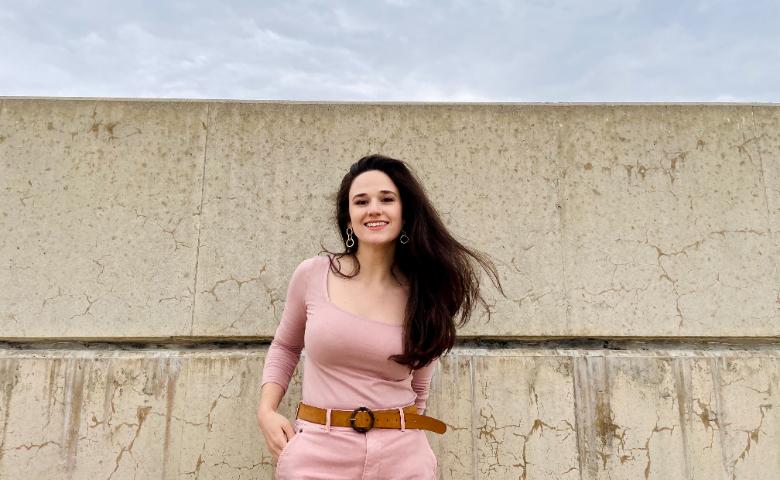 For this special concert series, audience members are invited to sit on stage with the musicians.

The Lift Concert Series presents performances of new, independent music featuring regional performers, curated by local artists Sam Torres and Sophia Subbayya Vastek. The audience is invited to enter the Hall through Franklin Alley, take the freight elevator to our backstage area, and be seated on stage, with the musicians, creating an intimate concert experience. Concerts are designed to last about an hour and, after the performance, concert-goers are encouraged to enjoy the rest of the evening at one of Troy’s many restaurants or breweries.

Girl Blue is the moniker of singer-songwriter/producer Arielle O’Keefe. Compared often to the likes of Alanis Morissette, Laura Marling, Joni Mitchell, and Jeff Buckley, she is a powerhouse vocalist with a highly sophisticated ability to write songs that both catch the ear and deeply touch the heart. Girl Blue’s first single, “Fire Under Water” was released completely independently, and was immediately recognized by Spotify, placed in the top 10 of their “New Music Friday” playlist. It has since been placed in the Las Vegas TV’s viral commercial “Now and Then”, and sits comfortably at over 3 million streams. O’Keefe is a rare and masterful talent, most especially shining as a live performer, where she has become known for silencing rooms with her incredibly authentic voice and songs. In 2019, she received three Thomas Edison Awards (Capital District Music Awards), naming her the Solo Performer of the year, with the Record of the Year ("Lolita") and Music Video of the Year ("Dreams"). She continues to tour regularly and record her own music independently.

For this show, Girl Blue will be joined on stage by fellow singer-songwriter/producer and guitar extraordinaire Jimi W. who will accompany with guitar, percussion, and backing vocals. The night is certain to be intimate and richly emotional, featuring many of Girl Blue's 'classics' along with material from her upcoming album, set to release on December 15th, 2021.